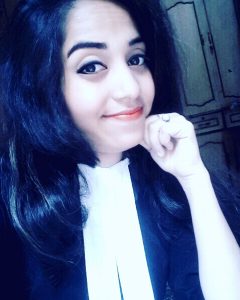 Suicide is the act of intentionally causing one’s own death….Section 309 of the Indian Penal Code, says that, whoever  attempts to commit suicide and does any act towards the commission of such offence, shall be punished with simple imprisonment for a term which may extend to one year. Suicide is a crime in some parts of the world.

In Ancient Athens, a person who had died by suicide was denied the honours of a normal burial.The person would be buried alone, on the outskirts of the city, without a headstone or marker. A criminal ordinance issued by Louis XIV in 1670 was far more sever in its punishment: the dead person’s body was drawn though the streets face down, and the hung or thrown on a garbage heap. Additionally, all of the person’s property was confiscated.

Suicide is the height of emotional outburst, which should not be categorised under crime ideally. The person who takes the decision to commit suicide is already under immense pressure and loathes life. Such a person hardly has any fear of punishment in case he survives. If we think with an open mind, life itself is more than hell for a person who decides to commit suicide. O, in case he survives the drastic accident, it would be his most severe punishment which is keeping him alive. Legal restriction is required for a person who commits some mistake and it became important to keep him under control. The person who gathers enough courage or should rather say is loathing life to the extent that he prefers to commit suicide is lacking the immunity to survive. All he requires at that moment is emotional support and mental strength to live and carry on with his life. The attempt of suicide is only because of emotional explosion. We do not have to take it as a crime. They are not criminals. The government and the society have to provide support in their after identifying their problems, then we save them.

Top most reasons for Committing Suicide :-

Attempting suicide is certainly not an acceptable action. However, it can also not be called an offense. There should be a mid-way approach to handle the problem. It is ok if the government scarps the rule under IPC to punish the person the person but then the government should also introduce some other measures where in such people are detained for treatment. A loss of human life is not loss for a single but it is the loss for the family and society too. The Government and NGOs should work together to help suicide survivors one goes to the extent of committing suicide when things are not happening their way, leading to frustration. People, who have a very strong association with their dreams and desires, are the ones who get frustrated when their dreams remain unfulfilled; leading to a feeling that life is not worth living. The government alone cannot take the responsibility of providing counselling and support to such people. Rather the government should work together with NGO’s, that are active in this area. One needs  a trained counsellor to help these people. One needs a humane approach towards the issue and the law regarding punishment for suicide attempts must be done away with.